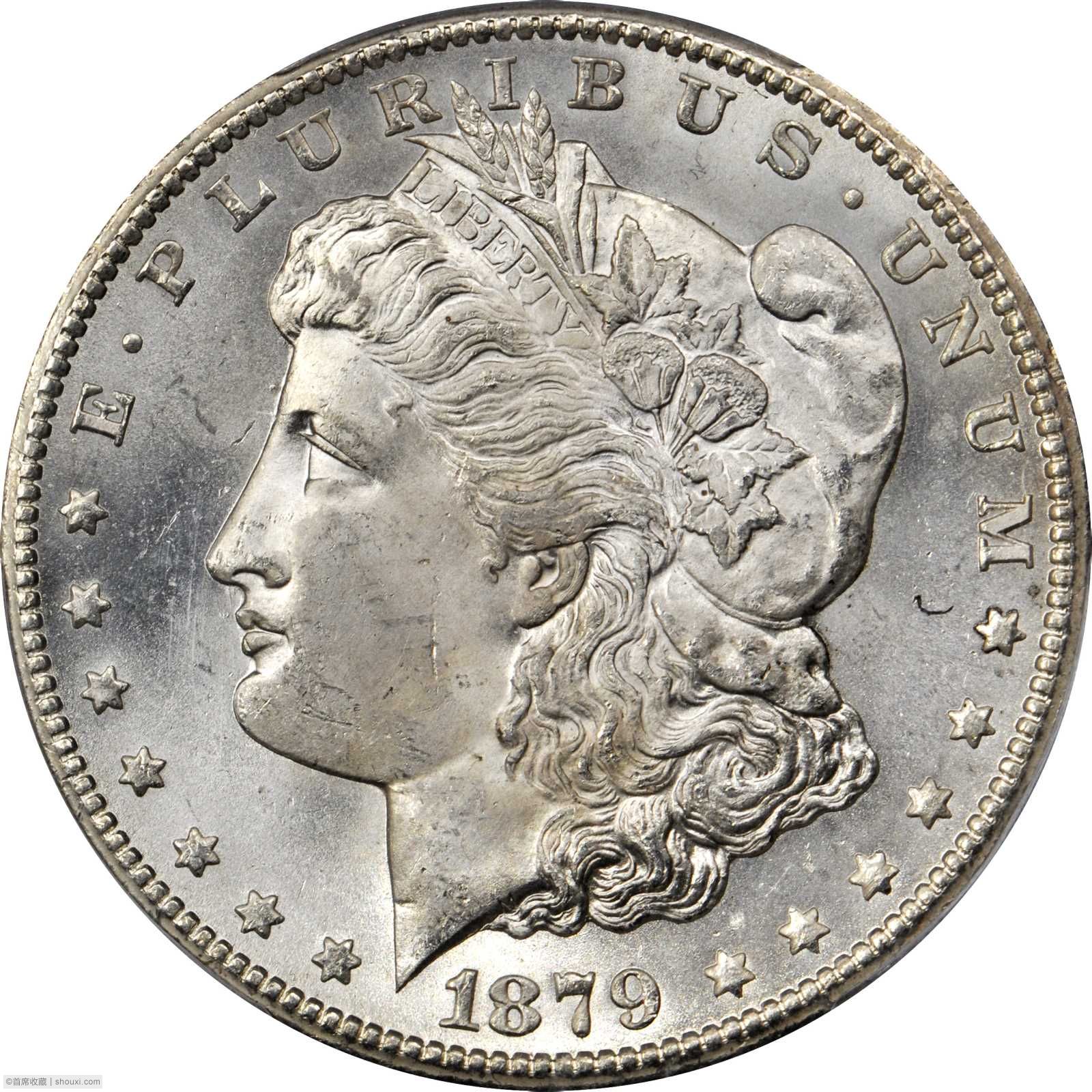 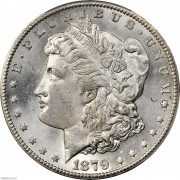 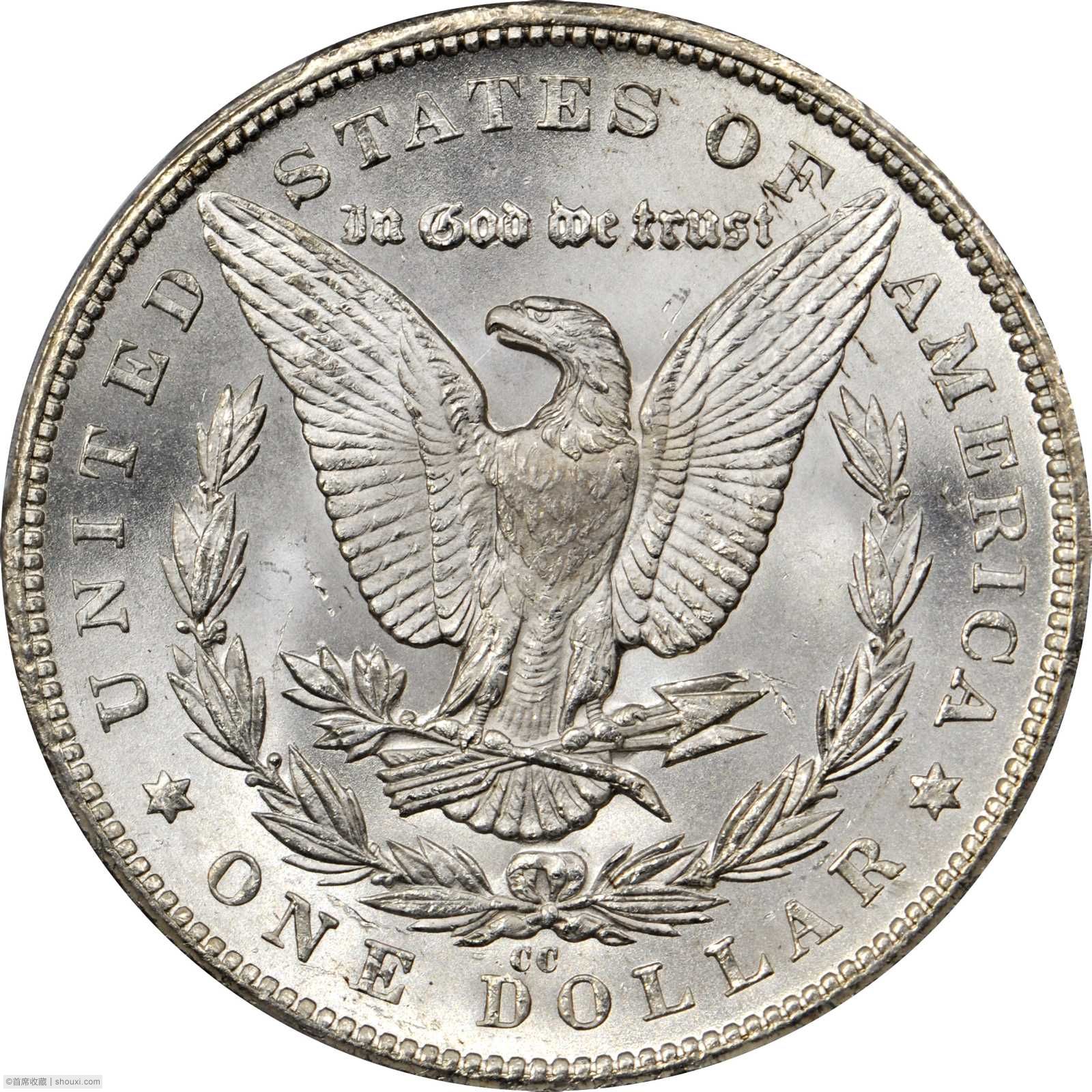 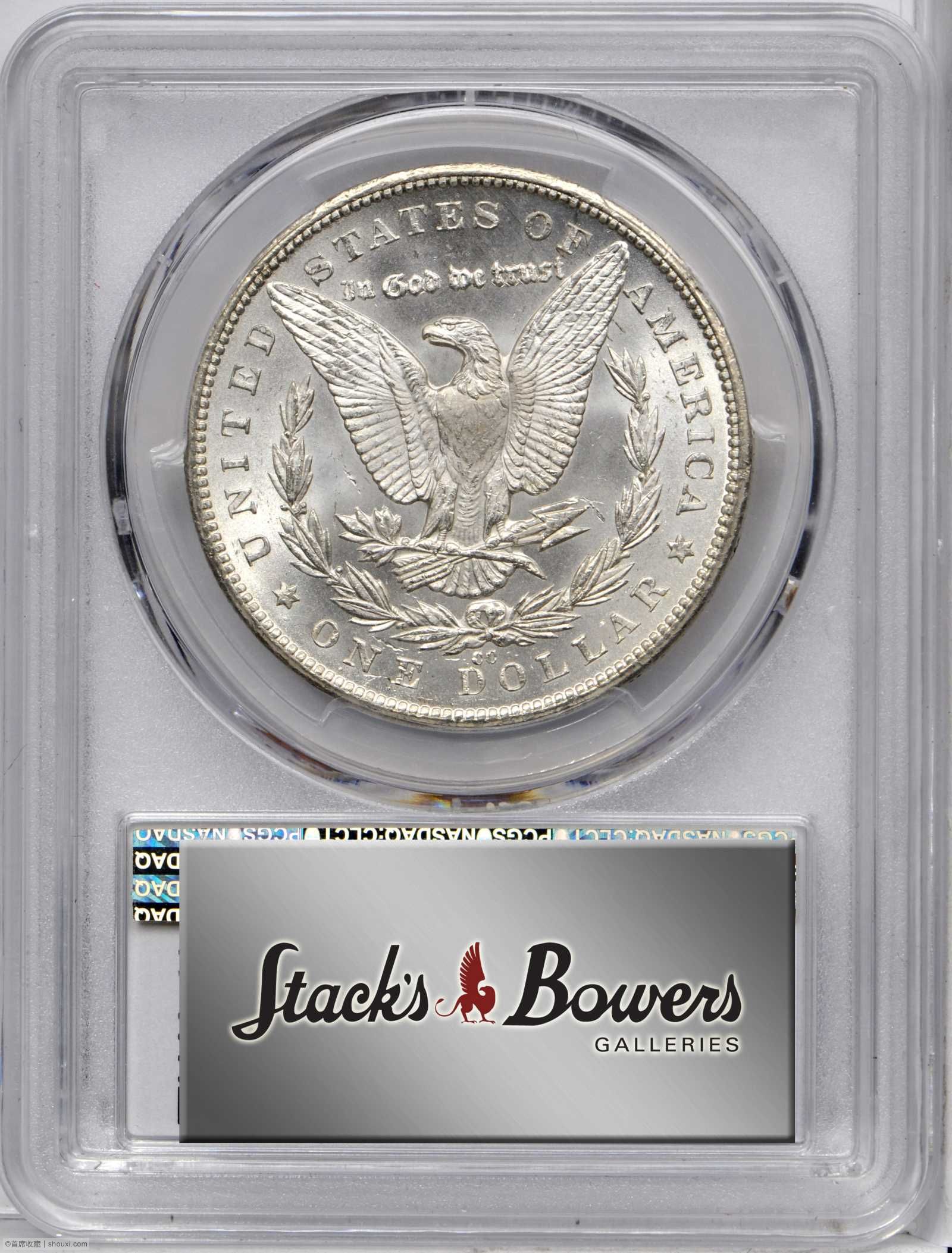 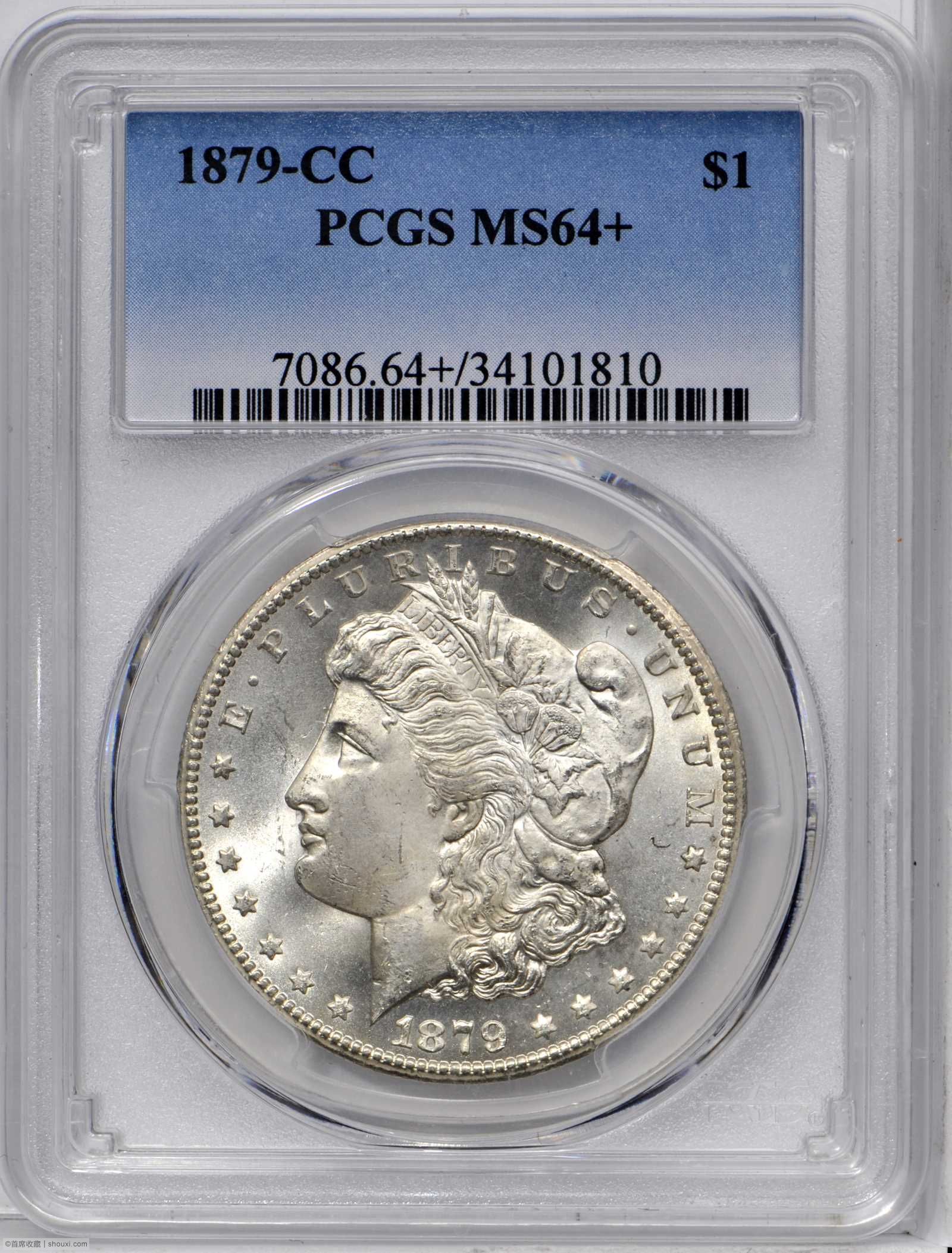 This is a lovely near-Gem, both sides boldly struck with full, brilliant, satiny mint luster. After a promising start with 2,212,000 coins struck in 1878, Morgan dollar production at the Carson City Mint fell off markedly in 1879. Only 756,000 pieces were produced in the latter year, and mintages would continue to fall through 1881. Despite its proximity to Nevada's rich silver mines, the Carson City Mint was forced to play second fiddle as much of the bullion mined was sent instead to the more distant San Francisco Mint for coinage. There was so little bullion on hand at the Carson City Mint throughout 1879, in fact, the presses were still for much of the year. In our August 2013 sale of the Battle Born Collection, Rusty Goe reported that Superintendent Crawford received orders from his superiors in Washington, D.C. to cease coinage operations in April and lay off workers. The presses in Carson City remained idle until August, after which only 210,000 additional silver dollars were struck before the end of 1879. When added to the 546,000 coins struck prior to the Mint's cessation of operations in April, the total mintage for the 1879-CC amounted to just 756,000 coins, as previously stated.

With a far smaller percentage of the mintage finding its way into numismatic hands through the various GSA sales of the 1970s, the 1879-CC is rarer than the lower mintage 1880-CC, 1881-CC and 1885-CC in Mint State. This issue, in fact, is the rarest Carson City Mint Morgan dollar of the 1878 to 1885 era. Particularly desirable at the premium Choice Uncirculated grade level, the present offering is sure to attract the notice of astute collectors.